Adding product to your cart

It allows for connecting multiple computers and their GPUs together, allowing for multiple channels of 3D-rendered content to be presented simultaneously and in lock-step. On board logic is dedicated to Genlock and Framelock functionality, helping to ensure accurate and consistent synchronization for all applications. The support for up to four GPUs per mode enables high density of workstation GPUs in a system. The house sync capability through the BNC input ensures it’s genlockable to nearly any source. Plus, the AMD FirePro S400 comes in a single-slot form-factor, and supports field upgradeable firmware.

Support for Up to Four GPUs Per Module

Based on a full hardware, dedicated processor design, the AMD FirePro S400 helps ensure clock-accurate synchronization in virtually all scenarios. The dedicated processor allows up to four attached GPUs to work in the rendering needs of the user without compromising sync.

The BNC connector on the AMD FirePro S400 allows for receiving and synchronizing to virtually any video input source, including: 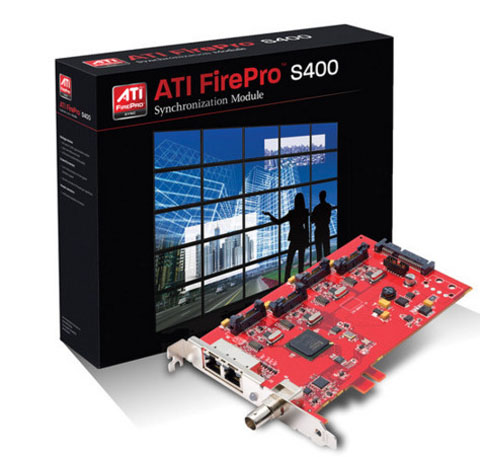 Improved functionality can be deployed after initial installation of the module without opening the host computer.

The AMD FirePro S400 allows power to be provided by a modern power connector, as the older 4-pin IDE connector is becoming obsolete, particularly in newer OEM chassis designs.

Innovation and Reliability from a Technology Leader

AMD FirePro accelerators, including the AMD FirePro S400, have been engineered to deliver innovation and reliability for a wide range of professional operating environments, including Windows XP, Windows Vista, Windows 71 and Linux. The unified driver, which supports all AMD FirePro workstation products, helps reduce the total cost of ownership by simplifying installation, deployment and maintenance. 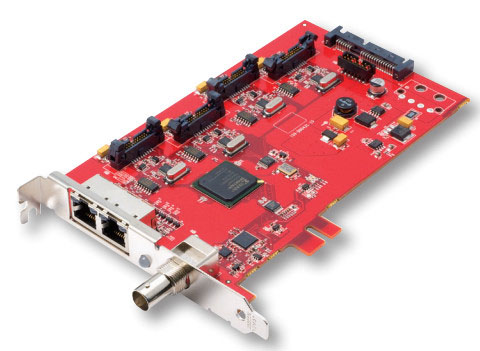